By picking up a cup of Bird Friendly coffee, you are encouraging farmers to return to shade-grown coffee estates.

Sourcing Only
the Finest Beans.

Weigel’s has partnerships with several coffee bean purveyors to help us source quality beans that are environmentally sustainable and traded fairly in the market. Weigel’s seeks out family-owned farms that meet our stringent quality and taste requirements.

What is Organic Coffee?

Organic coffee is the rarest kind of coffee on the earth!

These coffees are grown with minimal use of pesticides, herbicides and fertilizers, if at all. In order to be labeled organic, 95% of the beans must be grown under organic conditions!

It also means that the beans are grown in their natural environment, in an ecosystem that can only be found high in the mountains under the cover of shade-providing trees. Coffee beans grown in their natural environment are slower growing and produce less flowers and beans. While there are less beans produced on the bush, beans grown organically are significantly more flavorful and aromatic. That’s why organic coffee really tastes so much better than those grown fast in the direct sunlight!

What does USDA Organic coffee mean?

On the simplest level, coffee beans that bear the USDA Organic logo have undergone a rigorous testing for inorganic fertilizers and other synthetic chemicals. The certification means the farm, the growing methods and the harvest are certified by a third party that almost no pesticides or herbicides are used.

Yes! Want to learn more about what this certification and the requirements it ensures? Visit their website here.

What do birds have to do with coffee?

Birds and Organic coffee go together like a horse and carriage! In order to understand how birds are integral to organic coffee, we need to take a walk back in history.

Back in the 1960’s, nearly all coffee was grown in its natural environment, a shady place in the mountains or rainforests. All that changed in the 1970’s when coffee consumption in America and around the world increased and there was not enough coffee being grown to keep up with demands. So in reaction to this increased consumer demand, farmers began to look at ways to produce coffee beans faster, which really meant having the bush produce more flowers and more beans. Farmers learned when coffee bushes were grown in direct sunlight, they grew faster and more abundantly. So farmers began cutting down the trees and planting more coffee bushes.

However, when the trees were cut, several unintended consequences occurred. Coffee bean bushes began getting plagued by insects and other diseases. This is where the birds come into play. These insects now infesting the coffee bush were at one point, kept in check by the birds that lived in the trees. No trees, no birds, no natural insect control!

So began the era of using herbicides and pesticides to protect the coffee bush from damage. At the same time, the growth of the bush and bean accelerated, increasing bean yield at the cost of flavor and aroma. This is predominately the coffee grown today and sourced in most restaurants, grocery stores, and coffee houses.

What is bird friendly coffee?

Bird Friendly is a certification created by the Smithsonian Migratory Bird Center in Washington DC.  Bird Friendly coffee standards are the strictest of all 3rd party environmental standards.  It is the only 100% organic and shade-grown coffee certification available which guarantees that every bean is produced organically and under high-quality shade.  The Bird Friendly seal ensures agroforests are preserved and migratory birds find a healthy haven during their seasonal travels.  By picking up a cup of Bird Friendly coffee, you are encouraging more farmers to return to shade-grown coffee estates.  So by picking up a Weigel’s cup of coffee, you are doing good for yourself, for communities world-wide, and for the birds! 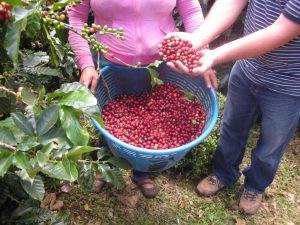 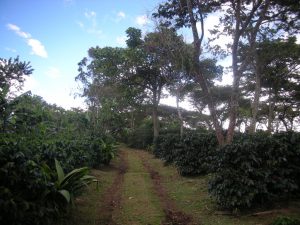 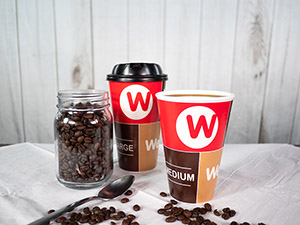 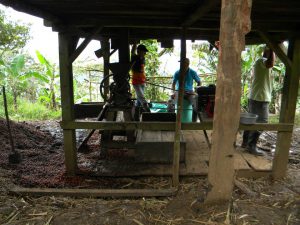 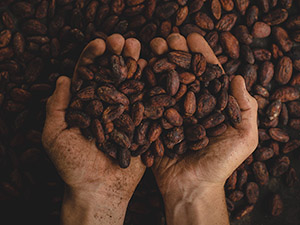